How to Photograph Squirrels

5th April 2017
by Paul
in How to Take Better Photos, Nature Photography, Photography Tips and Tricks

How to Photograph Squirrels – Well they are fast little critters and when you are walking around the woods or along the tree lines of a park they are off almost as quickly as you see them! Getting your camera up to your eye and expecting to get a great shot can be near on impossible as they are straight up the tree, they pause almost as if to wind you up and as you go to take the photo they shoot off round the back of the tree or too high for a decent photograph!

If they stay on the ground for a while then they are often rummaging and again you’re not going to get much of a photograph. So what’s the answer?

and they are going to come to you. Plus if they are used to people then they will hand around longer.

When I got to Hyde Park it was not long before I found a nice wooded garden area with a stream, it was fenced off but the trees were close to the fence so you would be able to get shots quite easily.

Of course we are talking about Grey Squirrels here which are originally from America. They have somewhat taken over the habitat of the native Red Squirrel which are very rare and can only be seen in a few locations, such as Scotland, Isle of Wight and Cumbria to name a few, so getting shots of Red Squirrels is more difficult. If you’re looking for a Black Squirrel then I would say that is even more difficult! Black Squirrels are to be found in Hitchin, Letchworth, northerly Hertfordshire, the edges of Bedfordshire and Cambridgeshire, they are known as mutant squirrels. Now I live in North Herts and I have only ever seen one Black Squirrel in Hitchin and guess what I had no camera with me.

Getting the best photographs of squirrels.

OK so you have found a location and there are lots of squirrels rushing around and foraging for food in the grass and leaves and shooting up and down the trees so what next. Well now you need to start snapping but what can you do to get the best shots? ‘NUTS’!!!!!!! Yes nuts, we all know squirrels love nuts and I found that there were people around throwing shelled peanuts which meant that the squirrels would come close then go and sit eating with their tails in the air(SNAP), they would clamber down the trees and wait (SNAP) for the right moment so here were all the good shots all being set-up by passes by while you happily (SNAP) away.

OK so the shots were coming in but then I began to think although I am getting some nice shots, there not what I would want, I want them on a real nice log, plenty of

green with good lighting, almost as if I was setting it up just as I would when doing studio photography.

So I began to look around for what I would call a natural studio set with all the elements I wanted an old tree stump, some nice grass or ferns and then some good natural light. Now the light thing is a bit more dependent on the time of day and January tends to mean the sun is quite low most of the day as it come up and goes down faster as the day is shorter, so it’s a good time. Not only that there seems to be a lot more smaller youthful squirrels that fly about everywhere.

So it’s 2ish, I’m walking up and down in the area the squirrels are in, looking for my natural set, low lighting coming from behind and lighting up the greens what next, Great found it, now all I need is some squirrels!!

So how do I get the squirrels from 4 or 5 meters away to where I want them in my set? Of course ‘NUTS’!!!! Yes nuts, throw a few shelled peanuts a few feet away and the squirrels will come, gradually throw more to around your location, then wait, get at height you want whether standing, kneeling or sitting, they will come.

Now you have the right location and you will if your patient get some superb shots of Squirrels. Don’t forget the birds, the birds will come to and you could also get a fantastic bird photo in your little natural studio.

Photographing Squirrels in the garden

If you are lucky enough to have squirrels visit your garden you could get a few old logs and set something up there, a few ‘NUT’s’ and you’re on your way to some great shots. 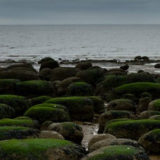 Hunstanton Beach Getting the Best Photos

How to get the best bluebell photographs 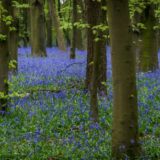 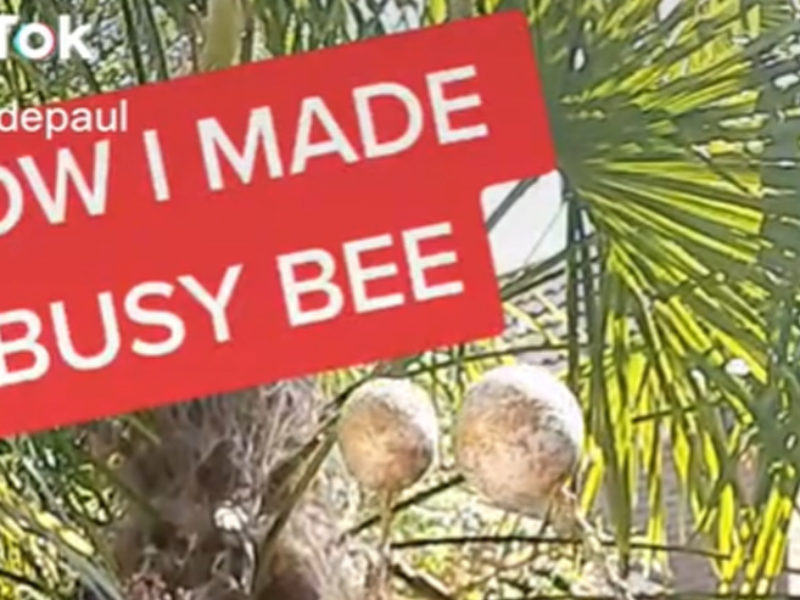